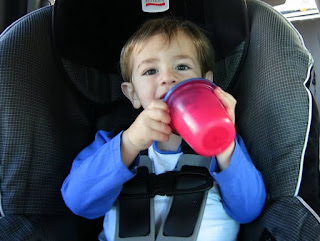 5)  Sprout really enjoys being the buffest baby on the block.  Whenever he lifts anything, he puffs out his chest, pants, and and grunts, "Haaavy!"  He's clearly extremely proud of himself.
Posted by Peachy at 1:15 AM