1) New words this month:
off = off (demonstrated when he saw me getting ready to leave for work: I put on my jacket, and he started tugging on it and saying "off")
onn = on
in = in
hi = hi
bye = bye
guy= guy
sky = sky
turtur = turtle
anka = hanukkah
cook = cook
keen = clean
et = eat
go = go
gone = gone
com = come
keewee= kiwi
orn = orange
top = stop (with accompanying hand gesture)
dus = bus
gas = eye glasses or grass, depending on context
tar = guitar or star, depending on context

2)  At the beginning of this month we hosted a bunch of relatives for Thanksgivingukkah.  The Pit's mom was here, as well as his sister, brother-in-law, and step-niece.  My sister and new brother-in-law also joined us, and the baby had a grand time playing with everyone for a week.  He only got down two names though - my brother-in-law first - referred to as Noooooom, and then my sister's new name - Dindy.  After everyone left, the baby would point to random people/cars moving past the house, and hopefully say "Nooooom? Dindy?" This went on for weeks, until we actually came to California for Christmas and he saw everyone again. 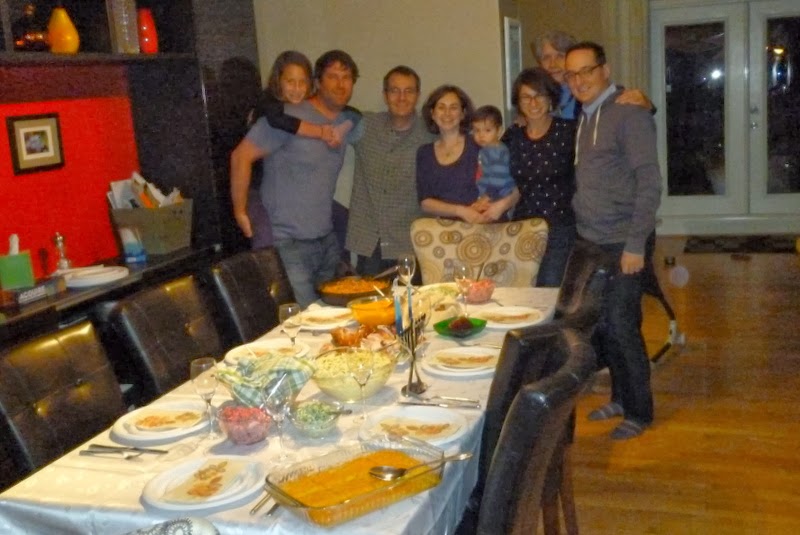 3)  This month brought a lot of pretend play.   He started feeding various toy animals his milk, with specific emphasis on his pony and his bee. He also received a set of play pots and pans from Noooom and Dindy for Hanukkah, and he immediately got the concept of pretending to cook.  He grabbed a spoon, started stirring, then brought the empty spoon to his mouth, squinted his eyes in pleasure, and said "Mmmmmm!"  Then he made the rest of us try his creation. 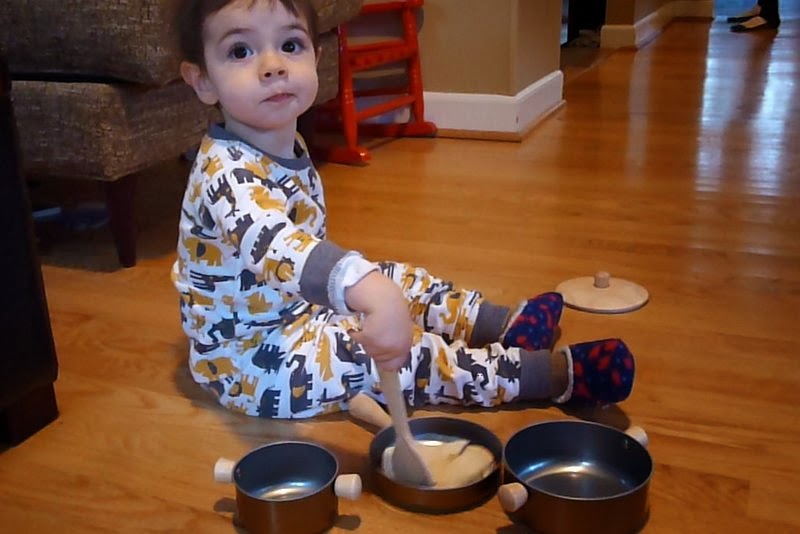 4)  Since Fuzz stays home with Maya all day, he hasn't had a lot of opportunities to practice toy sharing.  However, we had friends from out of town stop by for an evening, and they brought their 4-year old (I can't believe I made this kid a quilt four whole years ago) and 6-month old to play.  We stuck the baby in Fuzzy's old Bumbo while the rest of us sat around playing and talking.  When Fuzzy saw this impertinence, he immediately got jealous, and tried to sit in his Bumbo himself - right on top of the baby.  This does not bode well for the arrival of his baby brother.*

5)  Fuzzy is getting much better climbing - we have a large plastic storage container in the basement, and the other day Fuzzy wanted to climb up on it.  Except he had his milk bottle (with straw) in his hands.  You could see the indecision on his face, as he glanced back and forth between the milk and the box - then he decided he could have his cake and eat it too.  He stuck the straw in his teeth, clenched down, climbed on top of the box, and then leapt down at me while screaming with joy - all somehow without spilling a drop a milk. 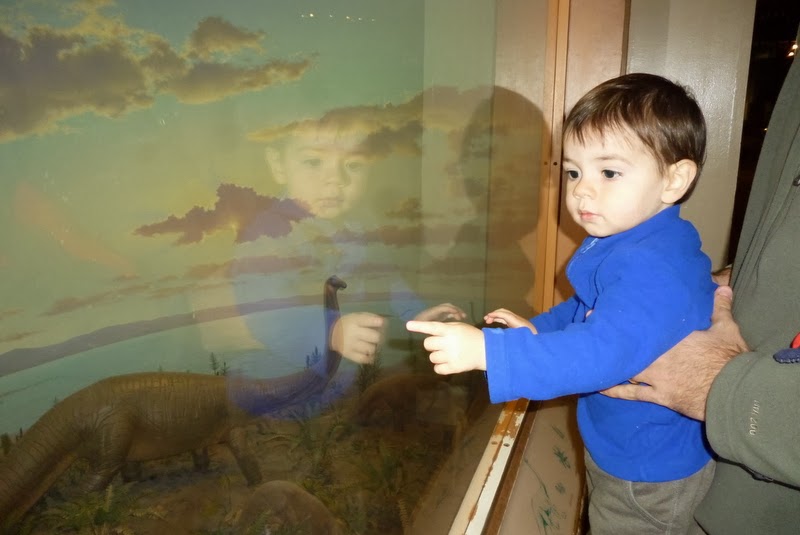 6)  For the first time this month, Fuzz showed an interest in building block towers.  Previously, he would happily come over and knock over a tower you built, but would not really care to take a stab at making one himself.   Now he can occasionally be coaxed into stacking blocks one on top of the other, although of course, the knocking over remains his favorite part. 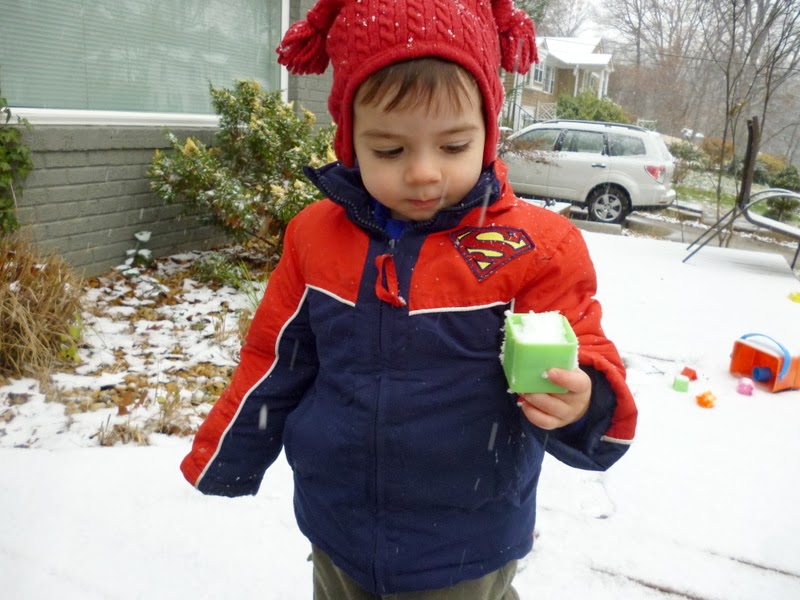 7)  Thinking to encourage Fuzzy's social development, I asked Maya to take him to story time at the library.  Apparently, Fuzzy wasn't too thrilled with their book selection though - halfway through the story, he decided to pre-empt things a bit.  He started clapping his hands and saying "don don don," apparently hoping that the reader would take up his cues.

*  Have I mentioned that we are expecting another baby?  This puts me rather in a quandary, as when I started the blog, I did not expect to require multiple peach-themed nicknames. Oh well, I have until late April to think of something.

Posted by Peachy at 3:28 PM No comments: